Banko ware, a product of Yokkaichi

The city of Yokkaichi faces the tranquil Ise Bay. Thanks to the development of modern industry during the early Meiji period (1868–1912), Yokkaichi has now become Mie Prefecture’s largest industrial city. Many of its local industries have been revitalized, among them Yokkaichi-banko ware (“banko ware” for short). Enthusiastic local producers put great effort into technological innovation, market research, and investigating the needs of consumers, resulting in a continuous stream of new banko ware products.

Four turning points in the development of banko ware

The four great turning points that occurred during the development of banko ware cannot be overlooked in a discussion of its history. Around the middle of the 18th century, the potter Nunami Rozan built a kiln in the suburbs of Obuke and started to produce tea ceremony utensils. This is considered the birth of banko ware. Rozan named his works “banko” (lit. eternal) in the hope that they would last for eternity. In particular, the term ko-banko (lit. old banko) is used nowadays to refer to the pieces that were produced by Rozan. Rozan’s work is in the school of the renowned Kyoto-Kiyomizu ware* potter Ogata Kenzan, and the originality of his motifs is ko-banko’s major distinguishing feature. After Rozan’s death, banko ware production died out for some time, but it was later revived by the brothers Mori Yusetsu and Mori Sensu, with what was known as yusetsu banko ware. All later banko ware and kuwana banko ware production are descendants of yusetsu banko. During the final years of the Edo period (1603-1868), Yokkaichi suffered floods and poverty was rife. To revive the town, the potter Yamanaka Chuzaemon developed Meiji banko ware as a local industry. He is said to have spent his personal fortune, struggling over the course of nearly 20 years, in order to make it succeed. Next came the Taisho banko ware of Torajiro Mizutani, who succeeded in developing a new production method known as semi-porcelain. This rapidly developed Yokkaichi’s pottery industry, which had been in a state of sluggish growth. These days, Yokkaichi produces large quantities of tableware that takes advantage the tastefully rough surface of semi-porcelain.

Donabe: the mainstay of the banko ware production area 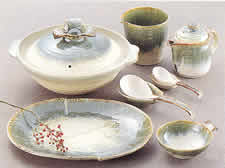 Taisho banko, which was a product of the successes of technological development, was epoch-making for Yokkaichi. Thanks to the appearance of this mass production method, a range of articles, including large items such as large dobin (earthenware teapots), came to be manufactured. One of these items was banko-ware hot pots, which had been produced in modest quantities before WW2. During the mid-50s, ultra-heat-resistant kaolin was developed, and Yokkaichi earned great favor throughout Japan for its unbreakable, heat-resistant donabe (Japanese-style earthen pots), thus raising the profile of banko ware. At present, banko ware items account for over 80% of Japan’s donabe market share. Also deserving mention is the large number of different, alternatively shaped vases that are produced working together with the heads of various ikebana schools. Particularly well know are what are called compote—shallow flower basins with legs—which were inspired by Western fruit bowls.

Teapots as bearers of tradition

Purple clay teapots, which have been produced since ancient times, are a classic banko ware product. The more these teapots are used, the greater the elegant luster they develop. When this purple clay is fired unglazed, it develops into a deep reddish-brown color with a purplish surface appearance. This purple-colored, highly viscous, high-quality clay is sourced in the mountains near Yokkaichi. Using this clay, the teapots are throw on wheels or formed using press molds and are fired unglazed using strong reduction firing. A range of other techniques including tebineri (hand pinching) and himozukuri (coil building) are also used. Another characteristic of banko ware is the large quantities of semi-porcelain items that are also manufactured. Semi-porcelain is a kind of stoneware that lies somewhere between earthenware and porcelain.

Yokkaichi, the town of banko ware

Yokkaichi is located in Mie, and is one of the prefecture’s leading commercial and industrial areas. Surrounded by Ise Bay and the Suzuka Mountains, the city is blessed with nature and the beauty of the four seasons. To the east lies a world-famous petrochemical complex, while the Mizusawa area in the west of the city is home to the country’s third greatest production area for Ise tea. The banko ware production area, which is full of ceramics manufacturers and wholesalers, lies north of the city center. It is because of this tea-growing area and the city’s famous teapots production area that people in Yokkaichi say “Mizusawa tea should be served in banko teapots.” Wandering around town, one can also enjoy shopping for ceramics or taking a pottery class. Yokkaichi also offers the Banko Festival, donabe competitions, and donabe memorials.
Why not drop by and visit Yokkaichi, the home of banko ware, sometime? 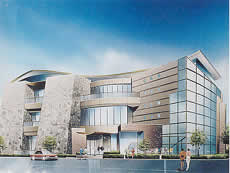 The center of Yokkaichi-Banko ware: Banko No Sato Hall 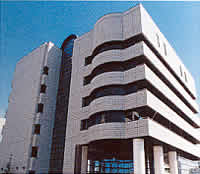 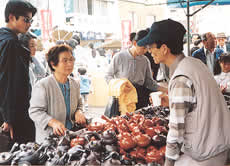 Banko Festival in May

The Banko Festival
The Yokkaichi Banko Festival is a bargain market held on the second weekend of May each year. The market is held to support the great festival of Banko Shrine, which extols the great achievements of the ancestors who established banko ware in Yokkaichi. The market is known for the bargain buys offered by banko ware manufacturers. Visitors can count on buying at prices discounted 30 to 70%! These great reductions make for a bustling market with a turnout of over 100,000 visitors.

The Donabe Memorial Festival
A memorial festival held in appreciation of worn-out donabe is held in October each year. Participants bring along their worn-out donabe and ceramic goods and exchange them for a cash voucher that can be used at Utsuwatei, the shop in Banko no Sato Kaikan. The event carries the double meaning of giving thanks both to donabe and to the citizens of Yokkaichi.