The hometown of the tanuki on a plateau with cool breezes 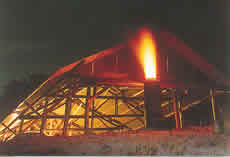 Shigaraki, a town that is known for its delightful tanuki, or Japanese racoon dog statues, is located on a cool plateau at an altitude of 380 meters. The town neighbors Kyoto and Mie prefectures and lies south of Lake Biwa. The tranquility of its rural landscapes that are bursting with nature is just what one would expect of the hometown of the rustic Shigaraki ware. Much loved by numerous tea masters from the Muromachi period (1574-1600) onwards, Shigaraki ware is distinctive for its handmade, rustic beauty and has been passed down as a traditional craft through many years of history. Shigaraki ware is said to trace its origins back to 742, to the production of roof tiles for Shigarakinomiya Palace, which was built by Emperor Shomu in order to establish the capital. The history of this pottery style thus overlaps with that of the town.

Shigaraki ware, the product of some 1,300 years of tradition and skill 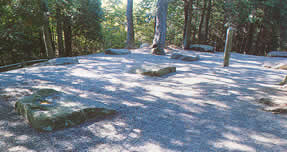 Shigaraki, which numbers among the Six Ancient Kiln of Japan, is Japan’s oldest pottery production area, boasting a tradition of 1,300 years. The origins of Shigaraki ware are said to have been in the production of the roof tiles for Shigarakinomiya Palace. Unfortunately, the capital was later destroyed in a major fire. A humble level of production continued to be carried on by farmer?potters, who made everyday goods such as tanetsubo pots and mortars, until the latter years of the Muromachi period (1392?1568), when the production of pottery items for the tea ceremony started to boom. Numerous famous tea masters came to delight in the simple beauty of the rustic mood of Shigaraki ware, whose unglazed earthiness creates a feeling of warmth, and Shigaraki tea bowls entered the limelight of the tea world. However, Shigaraki did not become the major production center that it is today until after the start of the Meiji period (1868-1912), and it was not until later, in the 1910s, that it became a flourishing production area for outdoor items such as braziers and garden lanterns. It was later still, in the 1920s, that glazes that change color when firing started to be applied to wares such as braziers and plant pots. These include namako-yu (lit. sea cucumber glaze), which turns a beautiful blue color when fired. In such a way, Shigaraki ware changed with the times, or one could say that it was continually progressing with the times. As such, Shigaraki can be considered to have had a different existence to that of other traditional ceramics towns.

The soil of Shigaraki, ideal for the production of large objects

With its rustic beauty, Shigaraki ware attracted a lot of attention for its tea bowls during the second half of the Muromachi period. However, it was soon displaced by Iga ware, which was produced in exclusive clan kilns, and Shigaraki production once again came to focus on everyday miscellaneous goods. Shigaraki clay excels in heat resistance and thermal retention, and is used nowadays to produce flower pots, vases, umbrella stands, outdoor goods, figurines such as tanuki statues, tableware, and tiles. The clay’s moderate water-absorption makes it particularly suitable for flowerpots. 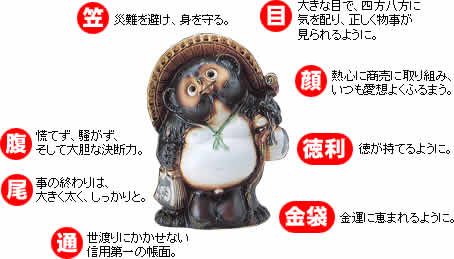 The wabi-sabi of Shigaraki ware 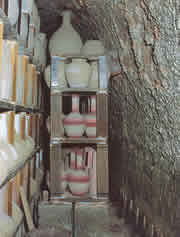 The unglazed clay surface of Shigaraki ware contains many tiny white pebbles. Akai kogeme (red scorching) refers to the orange-brown color that forms on the skin-toned clay surface when firing. Also, depending on the temperature of the kiln when firing, green and pale yellow-colored natural glazes used in Shigaraki ware can run over each other, or grains of feldspar found in the clay soil can melt and form milky white specks. Tea masters came to treasure Shigaraki ware, after discovering the special beauty of its rustic, warm mood. Witty nicknames were given to various types of pieces. For example, tanetsubo pots whose shape resembled that of a person bobbing down, were called uzukumaru after the verb “to squat.” Cylindrical pots originally used to hold beans were called tabimakura (lit. travel pillows) and came to be used as vases. Such famous pieces have remained with us to this days as expressions of the wabi-sabi aesthetic of their age.

The secrete story of the birth of tanuki figurines

Many people associate the word “Shigaraki” with Japan’s tanuki figurines. Tanuki?Japanese racoon dogs?are depicted in these statues wearing a conical straw hat and carrying a sake flask in one hand. For certain, as soon as one enters the town of Shigaraki, one will come across these tanuki at every turn. Who was the person who first created these figurines, and when? The artist was Tetsuzo Fujiwara, also known by his pen-name of Rian. The young Tetsuzo had been working at a Kiyomizu kiln in Kyoto from an early age. One moonlit evening, as the ten-year old was patting his stomach after eating his fill of dinner, he chanced upon the sight of lots of tanuki playing, and came to be captivated by these animals. He observed their ecology and habits and eventually found himself absorbed by the creation of tanuki figurines. Rian launched into serious production of the figurines after moving from Kyoto to Shigaraki around 1935. Placing a tanuki statue in front of a cafeteria or restaurant creates publicity and attract folks to the business, and so tanuki figurines came to be loved as “lucky charms” for bringing in patronage or wealth.

Iga, the hometown of ninja and the village of donabe 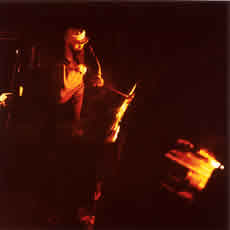 Travel over one mountain from Shigaraki to find Marubashira, the home of Iga ware. This peaceful mountain village has a mere 18 kilns scattered here and there, cradled by the mountains. Being the birthplace of the Iga school of ninjutsu endows Marubashira with a rich historical heritage. The history of Iga ware is also a long one. Based on a range of literary texts, Iga ware can be estimated to enjoy a tradition of some 1,200 years, about the same length of time as Shigaraki ware. During the Azuchi?Momoyama period (1574?1600), Tsutsui Sadatsugu, a tea master who was the disciple of Furuta Oribe, became the local lord. This resulted in the production of tea bowls, and later, thanks to the support of next-generation rulers Todo Takatora and his son Takatsugu, also in the production of many famous pieces for tea ceremony and flower arrangement. However, the mining of clay at Mt. Shirotsuchi came to be banned during the time of third-generation ruler, Takahisa, and Iga ware production consequently fell into decline. The industry was later revived during the Edo period (1603-1868), albeit with a focus on the production of daily life necessities. “Iga has ears, Shigaraki has none” is often said when comparing tea ceremony water containers made from Iga ware with those of Shigaraki ware. However, both of these styles are, in fact, products of the same continuum of soil, which makes them very similar to each other. As the soil in Marubashira had higher heat resistance, however, Iga ware is now renowned throughout the country for its yukihira pans and donabe (Japanese style earthen hot pots).

Greeted by the delightful tanuki

The tanuki statues that you come across here and there in Shigaraki, this town with climbing kilns running up hills, may fill visitors with a sense of nostalgia. Even simply strolling around this laid-back town can give visitors a full taste of a pottery village. Just like Japan’s other pottery areas, Shigaraki offers a choice of several museums for the visitor. Among these, we would like to recommend the Shigaraki Ceramic Cultural Park (Togei no Mori in Japanese), which opened in 1990. This facility is situated on the slope of a small hill covered in natural forest and features an exhibition hall, a restaurant, and outdoor exhibition areas dotted here and there. The outdoor stage, which is used for concerts and other events, is also a noteworthy spot. 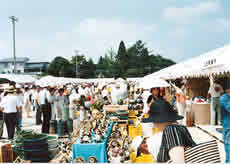