Mino ware, a product of the Tono region 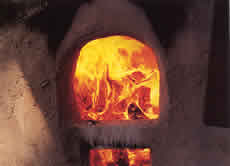 Since times of old, Tajimi, Toki, Mizunami, and Kasahara, all found in the Tono region of Gifu Prefecture, have flourished as local production areas for Mino ware, or Mino-yaki. In particular, Tajimi, which developed as the trading center for Mino ware, functions as the center of the ceramics industry in the Tono region. Mino was the birthplace of the Toki-Genji clan and thus enjoyed strong connections with the court and flourishing cultural life, particularly from 13th to 16th century. The suburbs of the city are rich in beautiful natural scenes, with the Tokigawa River that runs through them and low mountains on all four sides. This is where one can come across the remains of ancient kilns or scenes of people quarrying for clay.

Shino and Oribe manufactured in Mino

With its abundant supplies of high quality clay, Mino has been a flourishing pottery center since Heian (794-1185) times. The Engi-Shiki, a set of governmental regulations commissioned by the Emperor Daigo (885-930), stipulated Mino as a tributary province for ceramics, and noted that ceramic items were offered as tribute. In the late 16th century, interactions with groups of potters and potters and tea masters who came from Kyoto also assisted in the development of Mino ware. With the arrival of renowned tea master Sen no Rikyu (1522-1591) and the perfection of the way of tea, Shino ware and Oribe ware, which are the representative variations of Mino ware, enter a brilliant age. During the Edo period (1603-1868), the rigor of this earlier age weakened, and Mino started to produce miscellaneous items for the general public. By the end of the period, porcelain production methods had arrived from Arita in Kyushu. Making use its wonderful resources for the raw materials for porcelain, Mino shifted from the production of earthenware to that of porcelain. With the export trade and increased domestic demand that occurred in the Meiji period, Mino ceramics production increased in scale and made great strides in its development as the ceramics industry modernized. 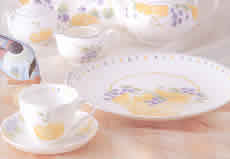 The Mino ware that is being produced nowadays comes in an extremely wide range of varieties. Among these, porcelain products account for a large proportion of the production and make up some 50% of total national production. Mino ware can be considered a familiar feature of life in Japan.

An introduction to various styles of Mino ware

Shino ware Shino ware is characterized by a fiery red color showing through a soft white glaze. Once touted as a beauty of Mino-Momoyama pottery, there are still many potters who challenge themselves to produce this variation of Mino ware.

Ki-seto/Kizeto ware (Yellow Seto) Ki-Seto ware was much loved by the tea masters of the Momoyama period. With a pale yellow tinge, this style features a simple elegance and a unique softness in its shape and patterns.

Seto-guro (Black Seto) The tea master Sen no Rikyu is said to have been fond of Seto-guro ware. While rustic, seto-guro is also full of elegance. Its key feature is its jet black surface.

The origins of Mino ware

According to one explanation, it was only the oldest sons who were allowed to continue the trade in the pottery industry that emerged at the foot of Mt. Sanage in Seto. A particular government regulation required all other sons in the family to move to other regions. Potters burning with aspiration moved to the Mino area in search of kaolin. Thanks to the backing of wealthy Tono merchants and the gracious protection of the Toki clan, characteristically Momoyama styles of pottery such as Shino, Oribe, Kizeto, and Seto-guro blossomed in Mino around the turn of the sixteenth century. Mino and Seto have shared a deep relationship since ancient times, and they continue to build a close relationship today.

Together with Shino ware, Oribe ware is a pottery style representative of the Momoyama period. Oribe ware was produced in line with the tastes of Furuta Oribe, the leading disciple of Sen no Rikyu, the chief priest of Atsuta Shrine, and also known as a military commander of the Momoyama period. Hence, the name Oribe ware.or Oribe-yaki, In contrast to Rikyu, who valued the beauty of artlessness and devoted himself to the aesthetic of wabi, Furuta Oribe had a unconventional and freewheeling technique.

Because Mino ware is produced in several different areas, it is difficult to focus down on one point for sightseeing. The cities with the most substantial tourist facilities in this vast pottery “village” are Toki and Tajimi.

Toki is a city that spreads out north-south and is blessed with rich natural features. Here, visitors can enjoy taking their time touring around pottery-related spots in the midst of nature. In addition, the area around the station features plenty of Mino-ware-related facilities. Not to be missed are the Toki City Historical Museum of Mino Ceramics, which has antique items of Mino ware on display, and the Mino Ceramics Historical Museum, where fragments of ceramics that were excavated from important old kilns within the city limits can be found on display. Both of these are quality museums that provide a complete understanding of Mino ware.

Meanwhile, Tajimi City, which is one of the center of Mino ware production, also offers many attractions not to be missed by pottery fans, starting with the Ichinokura area, where kilns can be found lined up one after the other. Other attractions are the Gifu Prefectural Ceramics Museum and the Tajimi Minoyaki Wholesale Center, where visitors can gain an understanding of the history of Mino ware. Especially recommended is the Ichinokura area, where the most concentrated number of kilns in the Mino region can be found. This is a region that still carries the traditions of the Muromachi period, and even now, many potters can be found hard at work on their creations here.

The Mino ware production area is also dotted with various pottery-related museums, resource centers, and historical museums. Most of these present exhibitions by famous artists, sell ceramic works, and are equipped with areas where visitors can try their hand at ceramic-making, allowing for visitors to the Mino area to lose themselves in the world of Mino ware. 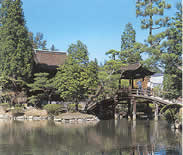 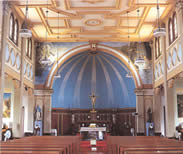