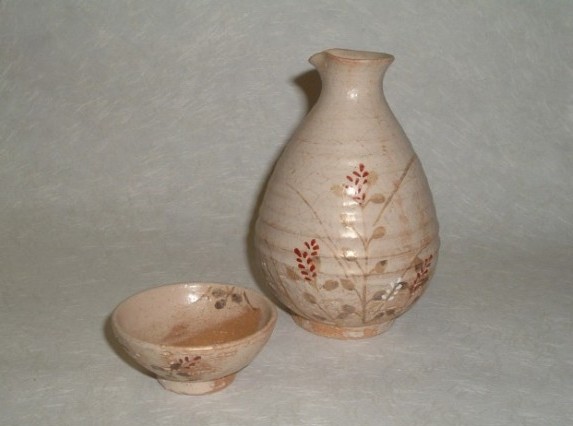 The Japanese custom of Otsukimi (moon viewing) includes jugoya,*
which falls in September, and jusanya,* which follows in October. These two moons are also known as Chushu no meigetsu (the harvest moon) and Nochi-no-tsuki (the waxing moon), respectively. In celebrating moon-viewing, the Japanese followed the Mid-Autumn Festival that was introduced from China and started to enjoy moon-viewing parties during the Heian period (794-1185).

The September full moon celebrations are also known as Imomeigetsu (potato harvest moon). Offerings of taro and rice dumplings, Japanese pampas grass, and autumn flowers are made at this time. Meanwhile, for October’s Otsukimi, otherwise known as Kuri-meigetsu (chestnut harvest moon) or Mame-meigetsu (beans harvest moon), chestnuts and beans serve as offerings, and wishes are made to the moon.

During the Edo period (1603-1868), these practices also became popular among the common folk. It was considered proper to view the moon on both jugoya and jusanya. Viewing only one of these moons was considered to bring bad luck.

Otsukimi is associated with a variety of legends, although it appears to have started as a harvest festival where people prayed and gave thanks for bountiful harvests of rice, beans, and potatoes. During the moon-viewing parties of Heian times, people used to gather along verandas and exchange cups of sake. They would look at the moon reflected in their sakazuki sake cup and recite poems.

On the occasion of Otsukimi, it is fun to arrange some stylish drinking vessels and guinomi sake cups and enjoy hot sake in the presence of autumn with its waxing moon. This is also a time to enjoy fussing over the kind of lidded containers we use for delicacies or the design of the bowls in which we place our beans and chestnuts.