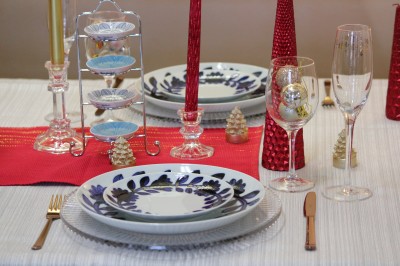 Once December comes around, the streets fill up with the colors of Christmas. Christmas trees, Santas, and lit-up fairy lights appear all over town, creating a gay and cheerful atmosphere. Essentially, Christmas is a religious event, although its origins lie in the Celts, a people who were native to northern Europe. It is thought that the nature-worship and various associated customs that developed in Celtic life later became connected with the Christian faith.

Six conventions are associated with Christmas. The first is objects in the color red. Hats and sash belts worn by the Celts during times of celebration were red. This color later came to be incorporated into Christianity as an expression of the idea of “blood.” The second convention is green-colored things. The Celts discovered that they could go into the forest even in the middle of winter and find trees whose leaves had not withered. These trees were thought to be home to a special life force, and it is these trees that eventually came to be displayed in our homes as Christmas trees—symbols of eternal life.

The third convention associated with Christmas is birds, which refer to prosperity. Meanwhile, the fourth, which is dead branches, refers to Christ’s crown of thorns. The fifth convention is scent. When Jesus was born, three kings bearing gifts used a star as a guide to make their way to visit him. One of the gifts they carried was scented—an aromatic balm. Because of this, at Christmas time, it is customary to bake cookies and cakes that are fragrant with spices such as cinnamon and vanilla. The final convention is candles. In Christianity, man is considered to be a lamb that can lose his way. Candles serve to light the way so that he will not end up lost.

At Christmas time, it is common to hold parties and exchange gifts. How chic to offer presents such as fragrance pots or lidded pottery containers filled with handmade cookies at this time. Try celebrating Christmas by decorating the party table with chicken served on a blue and white porcelain platter and by placing evergreen fir branches and tiny crab apples here and there.

Christmas is a season when large platters and dinner plates will come in very handy indeed.